5 Myths That Will Guarantee Your Failure As a Writer 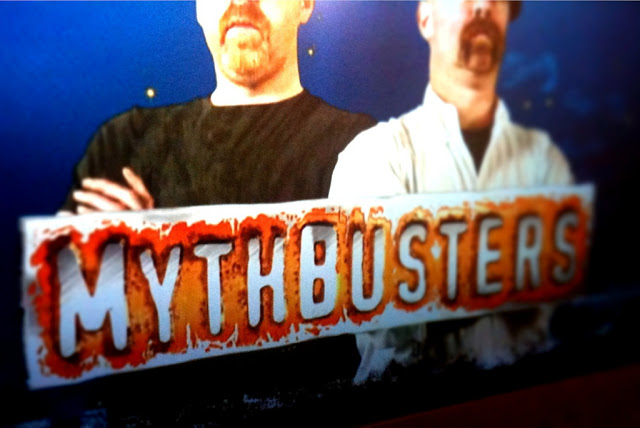 Anyone embarking on a writing career is often told what it takes to be a writer. Advice is aplenty. But are they valid?
The thing is if you believe some of them and treat them as gospel truths, you may be shooting yourself in the foot.

Don’t be surprised if you don’t make much progress as a writer and even give up on writing if you give more than a passing glance to these half-truths.

That said, here are the myths you should totally ignore, myths which will have very little bearing on your success as a writer.

1) You Need a Higher Education to be a Writer
I wonder if this requirement existed during Shakespeare’s or Charles Dickens’ time. Just look at the writers who wrote the books that have lasted over the years, the classics, I mean. Most of these  scribes were considered fortunate if they had basic education. They made do with about ten per cent of the resources we have now.

A basic education is all you need to get started.  If you can read, you can write.

If you enroll with them, they may guide you with your writing but they can’t turn you into writers. Because it needs more than a university degree to survive as a writer – passion and dedication, which nobody can provide you with, except you.

If anything, take a leaf from Mark Twain who said, ““I have never let my schooling interfere with my education.”

So, forget about pursuing a course in writing to get started as a writer. Instead, start with writing and publishing your stuff in your own blog and see where you go from there.

2) You Need Perfect English to Succeed as a Writer
I know a lot of people who would like to write but are refraining from it because they feel their English isn’t good enough. How did they arrive at that conclusion?

Easy. They compare their language prowess with that of successful writers who had been writing for years, most of whom had probably started off with less than impressive English.

Surprisingly, these folks who shy away from writing can speak reasonably good English. If you’re one of them, stop complaining that your English isn’t up to the mark. So what if it isn’t? Start writing like you speak.  What’s the big deal? You’ll not be stoned in public.

I’ll let you in on a secret. The more simply you write the more readers you’ll attract. Not every reader out there is impressed with fuzzy words and complex sentence construction.

Some years back I read about how a journalist was reminded by his editor to write in such a way that even taxi drivers can read and understand what he writes.

Leave sophisticated language to academic journal writers. You can manage with every day language if you believe your message is more important than the language. Do precious stones lose their value just because they are kept in a paper bag?

I say keep writing and your English will get better.

3) You Have to Read Widely Before You Can Become a Writer
There’s no doubt that having read widely will give you the edge as a writer, but that’s no guarantee. Not all bookworms turn out to be excellent writers, not even the hardcore ones. So, don’t pull the handbrake just because you haven’t read all the books recommended by book clubs or critics or those in the New York Times Bestseller list.

Whatever you have read is enough to get started as a writer. You don’t have to read all the books recommended by others unless you’re planning to become some subject matter expert.

Fret not if you have missed out on reading as a child or while in college. There’s still time to flip through the pages. Get started as a writer first. Then go out and read whatever you think will help you grow as a wordsmith. Believe me, your reading will be more meaningful.

4) You Need to Work Long Hours to Succeed as a Writer
Just because some writer said in an interview it took him ten years to finish a book, it must be a universal rule applicable to all writers. The amount of time needed to finish a piece of writing depends on how prepared you are. If you know your subject well, writing time gets shorter.

There are writers who claim they can write a book in 24 or 48 hours. They say they have a system for that. I don’t say they are lying. They can prove it. The system works for their kind of subject and writing style.

So, if you’re concerned about the amount of time that will take for a piece of writing to be completed, start with a subject you’re super familiar with. Something you can talk off the top of your head.

5) You’ll Have to Struggle with Rejection for Years Before Getting Published
Recently, I read about some damning statistics on the rejection rate of manuscripts submitted by new writers. If you constantly hear about them, just turn a deaf ear to it and concentrate on your writing. So what if your work gets rejected? It’s not the end of the world.

We’re living in the Internet age. There are simply too many avenues for you to publish your work online. Publish a rejected work in a blog, or in forums or as an ebook over Amazon. So what if your work can’t see the light of the day through the traditional route? There isn’t just one way to skin a cat.

Similarly many writers who’re doing well with Kindle books haven’t met with mainstream publishing success. Did they quit just because they were rejected? They had so much faith in their writing that they took it elsewhere and created their own fan base and a regular income to boot.

Forget about all the Myths propagated by those with closed minds and can’t see any other way.

Start with what you have. What you have is good enough. If people listen to you when you talk, you’ll have readers when you write.

Instead of worrying about all the advice you hear, start writing.

Avoiding Distractions: No More Detours in Your Writing Journey