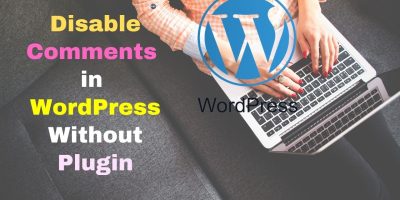 How to Disable Comments in WordPress Without Plugin 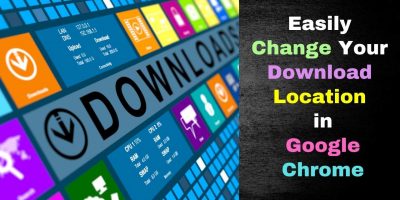 How to Change the Download Location in Google Chrome 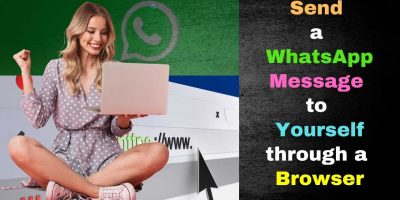 Send a WhatsApp Message to Yourself through a Web Browser : Easy Steps

Finding it a challenge to get yourself writing again? Even after your previous writing session went well? Well, it happens to most of us writers, no matter how experienced we are.

When you find yourself straying out of the ‘write zone’ you must quickly drag yourself back into the right track.

One way to help you start writing is to read inspiring quotes on beating resistance.

Alternatively you can try this ‘stupid’ trick which I often use to get me ‘warmed up’ to write again.

I call it’stupid’ because anybody could do it. And it could be done within minutes.

Try it and I believe it may work for you because I presume as a writer you’re blessed with a vivid imagination to help make this trick work.

As someone who’s used to writing every day, even on holidays and vacations, I seldom find it hard to get into the mood of writing, but when I do, I put my imagination to work and visualize myself writing in the pre-Internet age. It’s not that difficult because I had had been writing since before the Internet came into being.

But then this alone doesn’t alone get me in the mood to write unless I use the following steps.

I imagine I’m writing in the 1980s (when  a typewriter was an indispensable asset for any writer) and have just been gifted a computer with  a  wordprocessing software  by some alien from a technologically-advanced planet.  I can write as much as I want and my writings will be printed in a magazine and sold to readers or something like that.

Now, when everyone else is getting his  fingers sore banging away at the typewriter keys and using correction fluid to fix typos, I have an electronic publishing platform. I feel empowered and that’s  a great  feeling.

It makes me want to write because I feel privileged like a royal with a special entitlement.

Okay the second step is I give urgency to the whole matter by reminding myself that I have received a notice from the alien saying if I don’t writing anything with the computer computer daily, it will be withdrawn from me. I would then have to go back to my old clunky typewriter whose keys often get stuck.

I’ve ignored the notice for many days now. Just minutes ago, I received a final warning saying that if I don’t make use of the computer to write,  it will be taken away from me in the next hour.  I even imagine a red light blinking on the keyboard signalling that the computer would be taken away if I don’t start writing.

With some intense imagining, I start typing away so that I could retain my privilege and be special.

It usually gets writing again and as I write, the light turns from red to amber. It turns green when I finish typing and this means I get to keep the computer and the writing program for another day.

One Thing You Need to Make this Trick Work

Not every writer can relate to this ‘stupid trick. ‘  It would work  for those who have gratitude as one of their core values .

Sometimes we aren’t motivated to write because we take whatever resources we have for granted. The tools and the facilities we have will always be there, so what’s the urgency to write? Try imagining they’ll be taken away from you at the end of the day and see what it does to your urgency to write.

How to Disable Comments in WordPress Without Plugin

How to Change the Download Location in Google Chrome

Send a WhatsApp Message to Yourself through a Web Browser : Easy Steps